New users: Please use our registration form to request access. 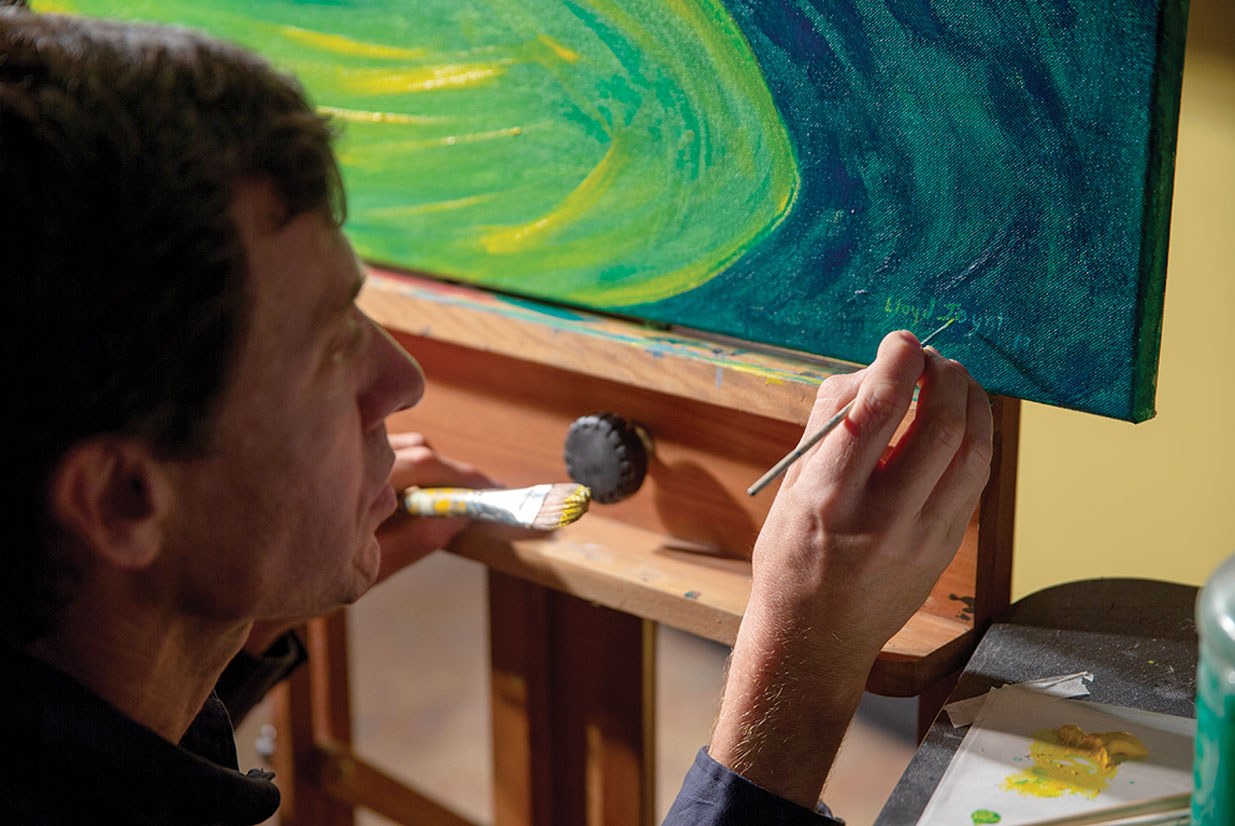 Lloyd helps support his family through his craft. So imagine how he felt when he broke his arm and the first provider Lloyd saw sent him home without the required surgical procedure—simply because he couldn’t afford insurance.

“Thank you so much for all you do for me and others in need.”

Lloyd is an artist from Johannesburg, South Africa, who traveled halfway around the world in 2009 to settle in his fiance’s hometown of Seattle. They married and soon started a family with two young children. It was all going according to plan, with one major exception: his wife’s income was inadequate to sponsor him for immigration (for a marriage-based Green card). Without legal status as a permanent resident or U.S. citizenship, he was left with few employment options, and no access to government programs like Social Security, Medicaid or subsidized health insurance.

Lloyd helps support his family through his craft. So imagine how he felt when he broke his arm and the first provider Lloyd saw sent him home without the required surgical procedure—simply because he couldn’t afford insurance.

How could he support his wife and children if he could not paint or draw? What hope did he have?

Falling through the cracks

As a non-citizen, Lloyd did not qualify for any government subsidies or medical care through “the safety net.”

That’s when health care coordinated by Project Access Northwest made all the difference… Lloyd saw a doctor who fixed his arm — at no cost to him.

Lloyd resumed his career as an artist until he was confronted with a new challenge: his vision in one eye was becoming cloudy... once again putting his livelihood as an artist at risk. Project Access Northwest was able to connect him with a volunteer specialist who treated him and restored his vision.

His care was provided by Dr. Kim Farea at Pacific Medical Center, and the surgery was donated at Seattle Surgery Center. Dr. Farea has continued to donate care for additional ophthalmology issues.

An attitude of gratitude and service

Until he gains U.S. citizenship, Lloyd is limited in the kind of work he can find. He supports his family as a stay-at-home dad and freelance artist, often offering sketches to tourists on the Seattle waterfront. He is also actively engaged in community service and was deeply involved in the design and creation of Ballard Playspace, a popular indoor play space for children, offered as a ministry of Ballard Church.

Today he is thriving at work and at home. He’s confident he can support his family financially and keep up with his growing kids!

“Thank you so much for all you do for me and others in need,” says Lloyd.

Project Access Northwest serves thousands of patients like Lloyd annually through its Care Coordination Program, matching patients in need with providers who will care for them. Please contact us if you’d like to know more.